Thandra Paavan KumarFollow
Paavan Kumar is an enthusiastic nanotech engineer who has a keen intererst in micro and nano science with a good sense of content creation on diverse topics and often shares his thoughts and helps those he can. He have a knack of writing essays,stories and poems.

A MEME is a funny way of representing a funny situation or a person in a funny way, according to the meaning is “meme, is an idea, behavior, or style (meme) that is spread via the Internet, often through social media platforms and especially for humorous purposes. What is considered a meme may vary across different communities on the Internet and is subject to change over time. Traditionally, memes consisted of a combination of image macros and a concept or catchphrase, but the concept has since become broader and more multi-faceted, evolving to include more elaborate structures such as challenges, GIFs, videos, and viral sensations.”

Modern memes can generally be described as more visually (rather than contextually) humorous, absurd, niche, diverse, and self-referential than earlier forms. As a result, they are less intuitive and are less likely to be fully understood by a wider audience. By the mid-2010s, they began to arise first in the form of “dank” memes, a sub-genre of memes usually involving meme formats in a different way to the image macros that were in large use before. The term “dank”, which means “a cold, damp place”, was later adapted by marijuana smokers to refer to high-quality marijuana, and then became an ironic term for a type of meme, also becoming synonymous for “cool”. This term originally meant a meme that was significantly different from the norm but is now used mainly to differentiate these modern types of memes from other, older types such as image macros. Dank memes can also refer to those which are “exceptionally unique or odd”. They have been described as “internet in-jokes” that are “so played out that they become funny again” or are “so nonsensical that they are hilarious”.

Under Section 2(c) of the Indian Copyright Act, 1957, a meme could be classified as an ‘artistic work’ which states that an artistic work includes painting, sculpture, drawing (including a diagram, map, chart, or plan), an engraving or a photograph, whether or not any such work possesses artistic quality. The section uses the phrase “whether or not possessing artistic quality”, the memes that are rage comics or those such as Keyboard cat would enjoy protection as they are original creations in the form of a painting, drawing, photograph, or short video clip, despite not having artistic quality. Memes that are made from cinematograph still or photographs, the original image in the background for the meme would also be protected as the picture or the still from the series/movie is an ‘artistic work’. These memes are a modification of that already existing artistic work with some little amount of creativity and therefore, they would also enjoy copyright protection. India follows a fair dealing approach as an exception to copyright infringement under Section 52(1)(a) for the purposes of private or personal use, criticism, or review. The analysis requires three steps: the amount and substantiality of dealing, the purpose of copying, and the effect on potential markets.

There are many meme-making apps on the internet and each has its own pros and cons but the best only stays at the top.

While using a meme maker, the user needs to check the pros and cons offered by the Website. The factors that matter here are-

1.Credibility of the website- Safety has always been the first and foremost factor which has always worried the people who are on the internet since 2005, with the advent of new methods for data breaches, the safety methods to is being upgraded exponentially. So, safety is the first and foremost factor that is to be observed when uploading your data to any unknown websites. There are two simple ways in which you can check its credibility The first way is to use a URL checker like google safe browser technology, and site checker pro and run a site check. These URL checkers are free to use and easy to manage. The second way is to view the QR code generator’s credibility is by viewing the validity of its SSL certificate.

2. Features matter the most- features are the options offered by the app/website to the users to modify their existing data to a whole new level. Always check multiple websites on the meme-making websites to compare and use their features efficiently, and also check their credibility before uploading your data. Features decide almost everything, for generating the best meme, the user requires the best features such as the meme editing option, text editing options, colours, templates, etc.

4. Compare the plans- The best features or options for our meme generator. or any other services provided are always locked inside the premium vault. The keys to this kingdom lie in the plans of premium subscriptions. So, always compare the plans and services of multiple Websites/Apps to take the best out there.

5. good customer support- This is another important factor that requires our focus, in times of grievances a fast and reliable help from the app/website is required. This means a lot to the customer which earns their trust. Replies to bugs, responding to the suggestions offered, etc. are some things that matters a lot and these are growth factors too.

There are many meme materials available throughout the internet in many fields, this dynamic list consists of many fields the some of them includes-

Coffin Dance/Dancing Pallbearers – A group of Ghana pallbearers that respectfully dance during funeral processions had been covered by the BBC in 2017 and gained some initial Internet popularity. In the wake of the COVID-19 pandemic, a popular TikTok video mashed the BBC footage with the EDM song “Astronomia” from Russian artist Tony Igy creating a meme that appeared to spread as a morbidly humorous reminder about the dangers of COVID-19.

Among Us – A game made by game studio Inner sloth was released on Steam in 2018. The game reached internet fame in 2020 due to the release of The Henry Stickmin Collection by the same developer, and by Twitch streamers streaming the game frequently. Stills from the game, saying things like “Emergency Meeting” and “Dead body reported” have been on many modern memes. Frequent things that happen in the game, like the Imposter lying about whom to kick out, or people trying to sabotage their crewmates, have also gotten popular in modern memes, etc.

The Lord of the Rings (trilogy) – Released between 2001 and 2003, just at the height of meme-style culture was taking off, several moments from the films became part of the online culture, with most notably Sean Bean’s character of Boromir stating “One does not simply walk into Mordor” as one of most commonly referenced.

There are many app-based online meme generators available throughout the internet, but only those meme generators which can provide safety, reliability, featured, and extra styled. Some of the best meme-making apps include- 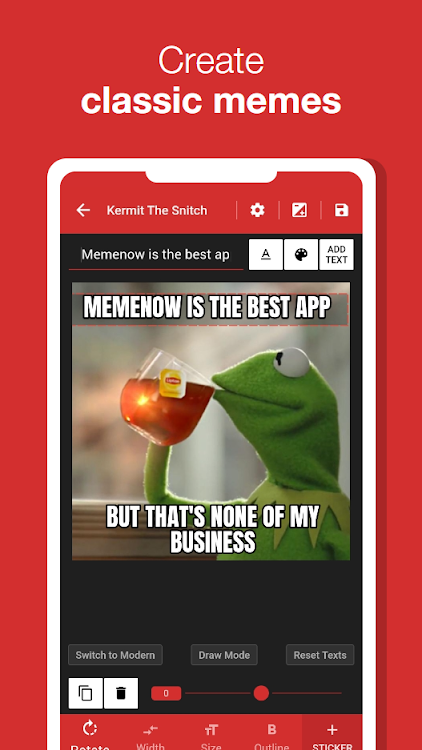 Meme Now is the easiest and most advanced meme maker app which is free, the main features of the meme now consist of the addition and updation of popular meme templates regularly, real-time text editing features, adjusting text size, text color editing, etc. This app is developed by App Hooray. The download size of this app is around 21.54Mb. This app is free and available on both Android and iOS. This app provides multiple font sizes in text editing when creating a meme, there is no watermark added to memes, the user can add photo effects. The memes created on your device don’t get uploaded to any server. All it requires is a user to rock on. The only worrying feature about its structure is that it’s made up of ads. So, the user needs a small bit of patience equipped on his mind while using the app. 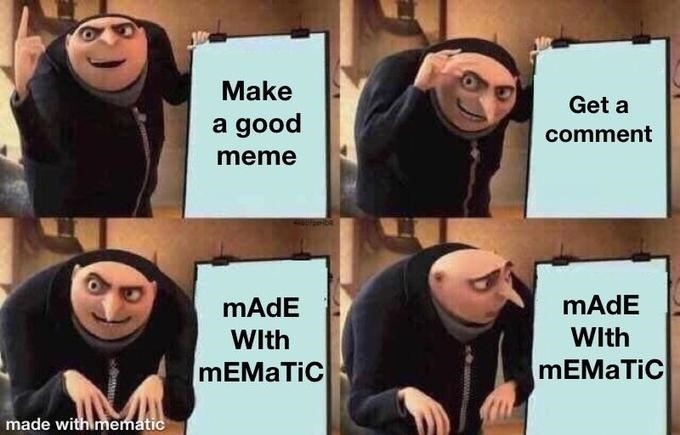 MEMATIC is more than a MEME editor, it is fast and easy to work on. This app is offered by Trilliarden. The app has a decent meme template library that you can browse to know existing memes and create your own. The UI makes it easier for users to navigate, while the feature to add your images takes away any deficiency the app might possess. The main features offered by the app here include safe meme creation, multi-mode templates, text editing options to the photos uploaded, and font edits to the image, colour editing options. Better user service. Key features offered by the mematic include a built-in template library, no in-app purchase, simple UI and easy to use and sharing options too. 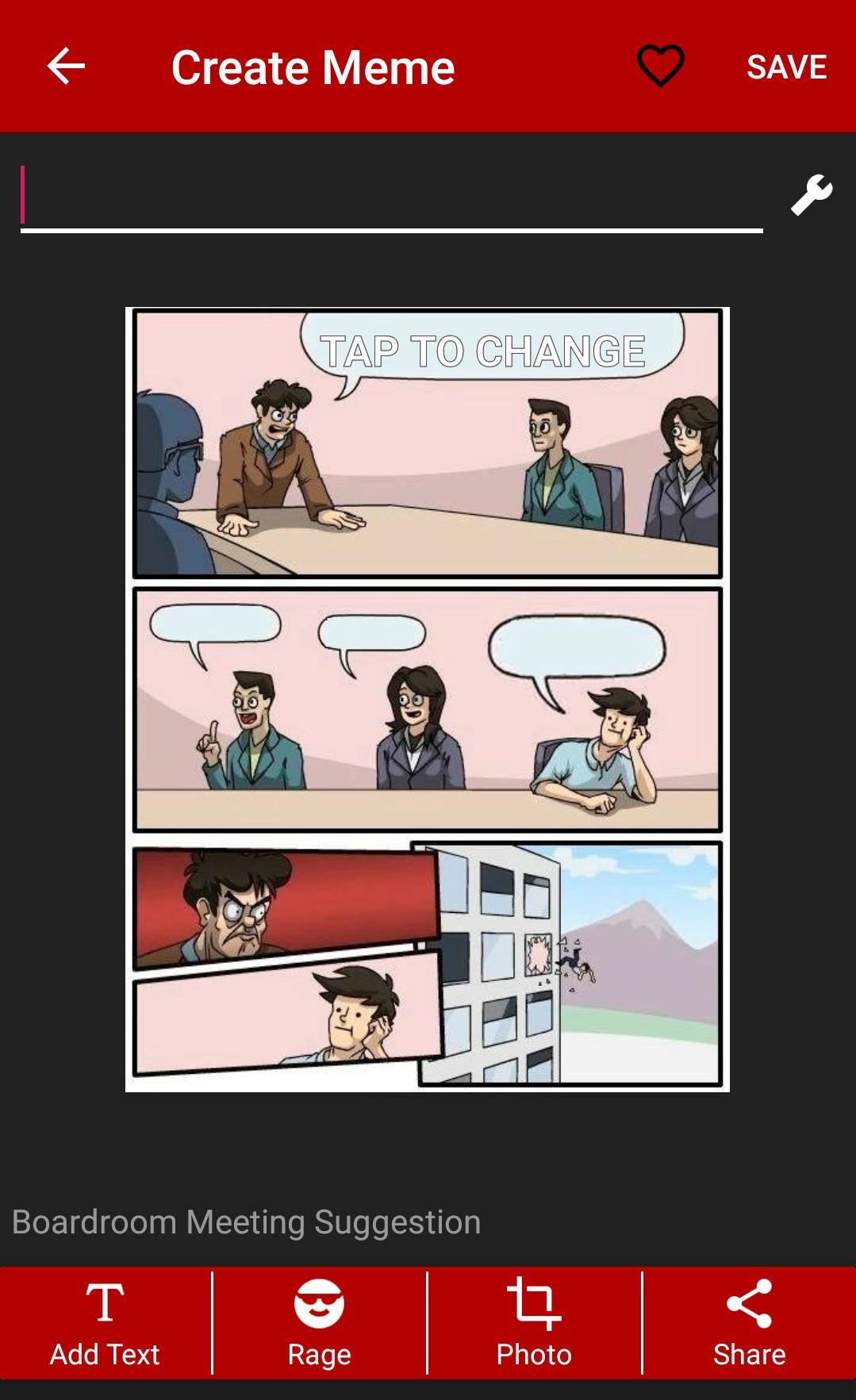 This is a bottom pit of meme templates, wherein the user is provided with many-many options for their starting materials. It has many more than 100 funny memes for the user to caption. We can change images, rotate them, add texts in case of privacy issues just water-mark your meme so that no one copies them. The updated user interface is easier for the user to work on by the user. The current downloads are 5M+ and increasing. It is offered by Biracle. Have fun together! You always have a chance to add multiple images to your meme. If you haven’t found a picture that you have been looking for in the app stores you can upload it right from your gadget. Here captions can take more than one line. This app is available on both Android and iOS. It has regular updates and bug fixes and a user-friendly UI.

IMGUR is a source-sans profile for all the great meme content out there all stored in one app, this app is available in both iTunes as well as play store. It has a lot of great stuff, which gets updated regularly. You can search for memes and GIFs on cosplay, comics, puns, science, and absolutely anything. Moreover, developer Imgur Inc keeps the bugs fixed once they detect them. But the only thing that could become a hindrance is the ads and no doubt those are annoying. You can create memes as well as GIFs on something that is trending, and yes, dogs’ trend throughout the year. 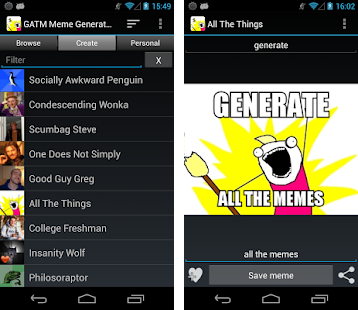 Since the advent of apps like Instagram and Snapchat, memes have been created on the spot with the features like photo filters, reels, and spot pic edits. Some apps though have been successful to keep their spots alive in this game. The best of them is the GATM meme generator. The app features a huge template library, and you can upload your own images too. The GATM Meme Generator can be downloaded for free, but the text formatting tools offer only basic options. the content is updated daily, and since it is in the background, you won’t even have to do it manually. Try Bad Luck Brian or Socially Awkward Penguin or browse through its Library to create more.

In conclusion, there are many tools that can make memes and entertain us, but as a user, it all depends on us on how we select our tools to finish our work. There are many apps and softwares that are masking themselves in front of us and stealing our personal info from our devices. The above-mentioned apps/software are just an example of safe and free-to-use tools, feel free to contact us through our social media handles if there are any doubts/suggestions/ideas to be presented for this post. 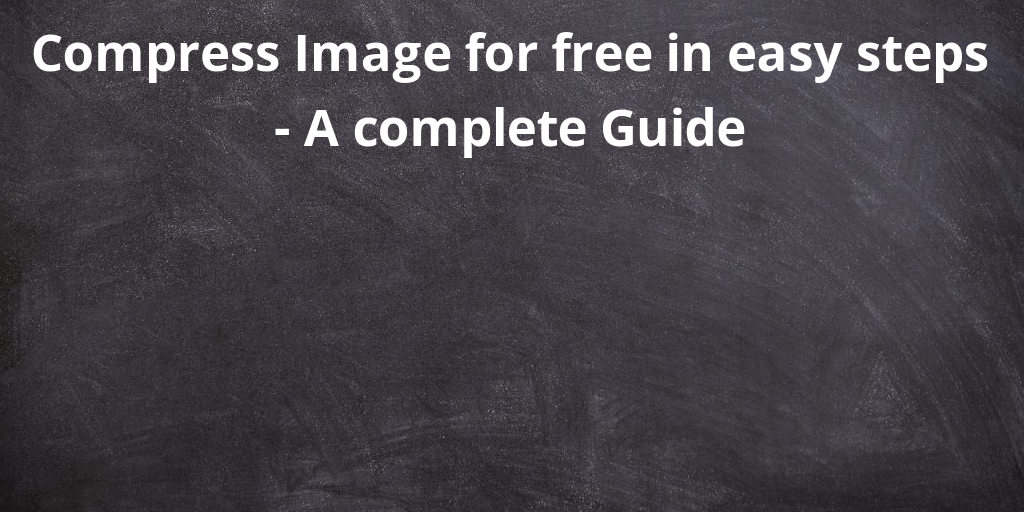 Compress Image for free in easy steps - A complete Guide 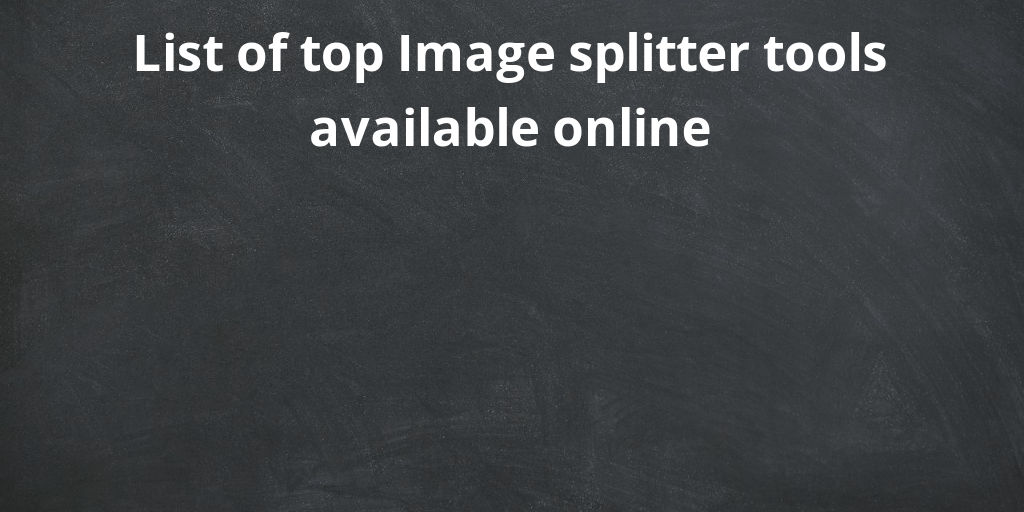 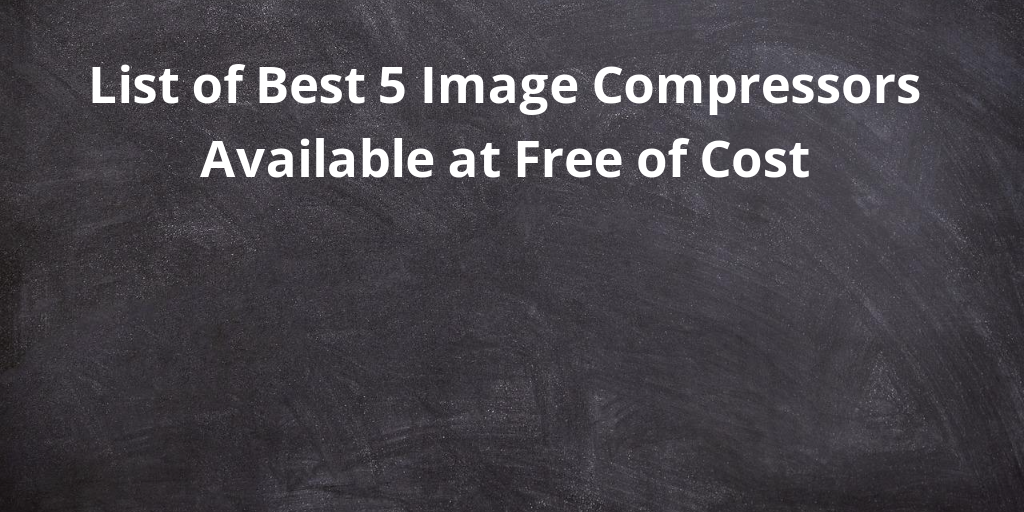 List of Best 5 Image Compressors Available at Free of Cost 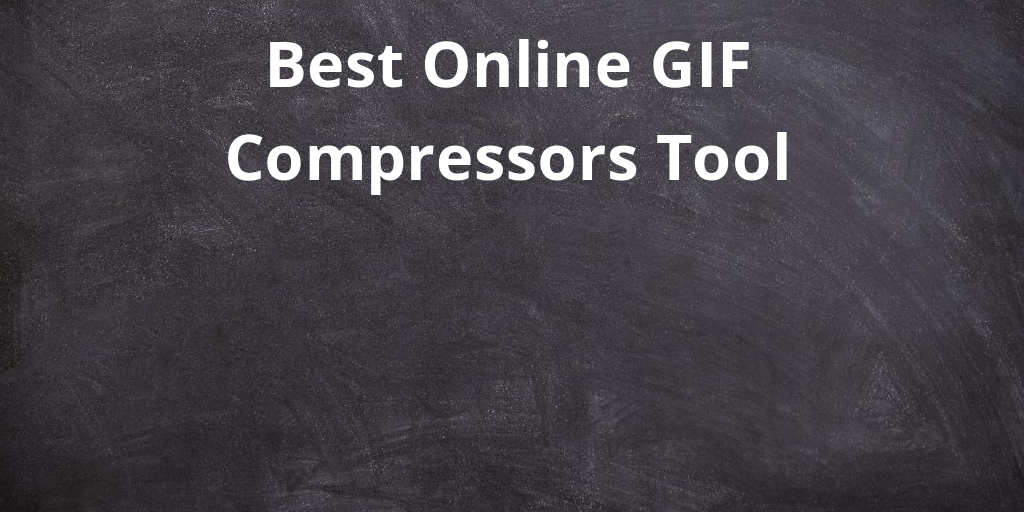 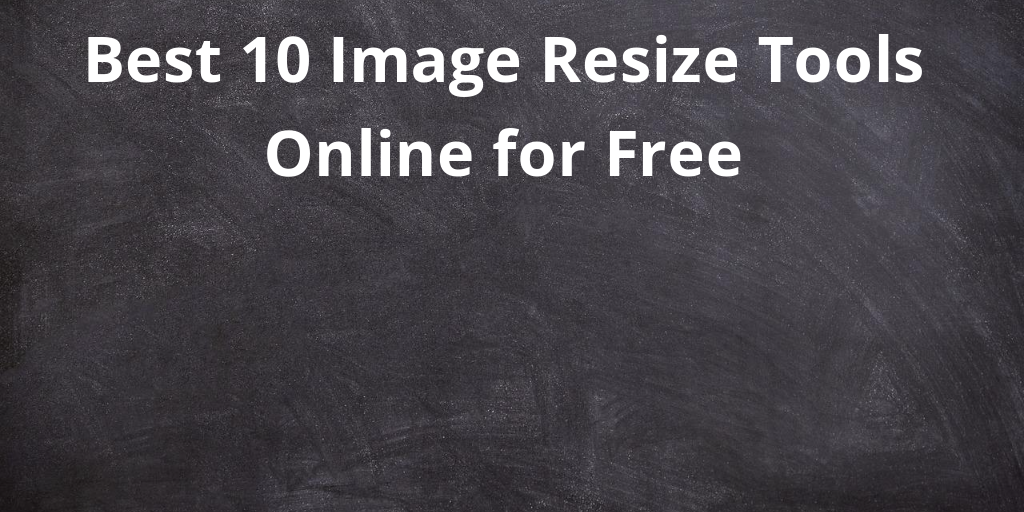 Best 10 text to image converters to use